Home / Hosting/ASP.NET Hosting: The Best Provider for Your Web Applications 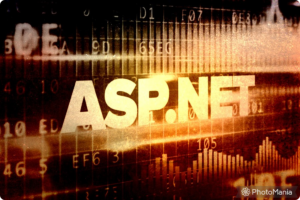 ASP.NET Hosting: The Best Provider for Your Web Applications

There are two main versions of ASP.NET: ASP.NET Core and ASP.NET Classic. DataPacket’s ASP.NET hosting supports both versions, making it a versatile option for developers.

ASP.NET Core is a cross-platform, high-performance, open-source version of ASP.NET. It was built to be lightweight and modular, making it easy to deploy and maintain. ASP.NET Core can be used to build web applications and APIs for Windows, Linux, and Mac. It supports a variety of programming languages, including C#, F#, and Visual Basic.

ASP.NET Classic, also known as ASP.NET Full Framework, is the original version of ASP.NET. It is a mature and feature-rich framework that is primarily used to build traditional web applications. ASP.NET Classic is only supported on the Windows operating system and requires the full .NET Framework to be installed on the server.

DataPacket’s ASP.NET hosting includes the necessary infrastructure, such as Windows web servers, IIS, SQL Server databases, and the Plesk control panel, to host ASP.NET applications. DataPacket also provides support for both ASP.NET Core and ASP.NET Classic, making it a convenient option for developers using either version of the framework. In addition, DataPacket offers a range of affordable ASP.NET hosting plans to suit the needs of different applications, including plans with scalable resources to accommodate growing applications.